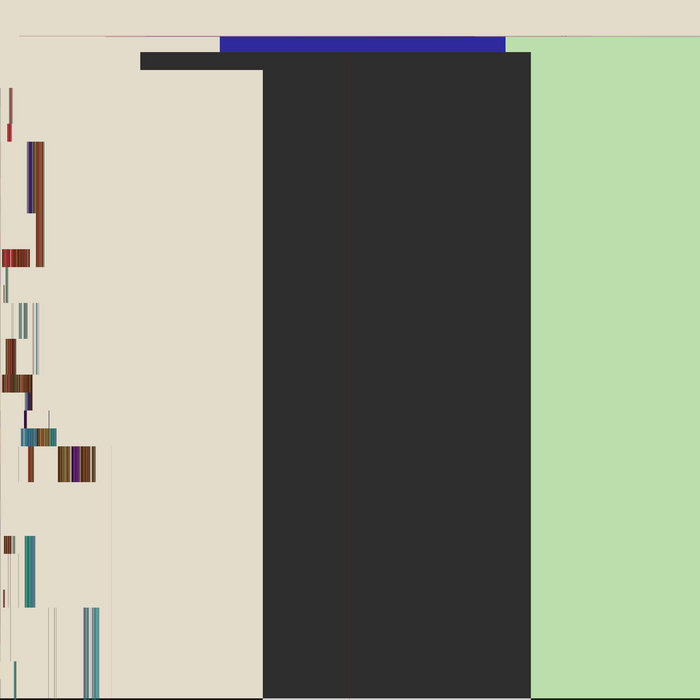 During the 1990s I followed sudden urges for physical escape. I would drop everything, choose a direction and head off on my bike from my home in Hove, in my chosen direction. Living on the South coast of England, my options in terms of direction were limited.
On one particular day I headed East along the coast road and made my first stop in the port town of Newhaven.
Around noon, with the blazing sun overhead I looked up towards the East North East seeing a number of textures and colours; nature, managed, farmed nature, urban and industrial. In particular I was struck by the brightest yellow of a field of rape, the clearest of blue sky. These were so bright that trees, even in full leaf, looked dull, contributing more texture than colour to the scene. Newhaven is a working port and so there was also a fair amount of light industrial building on my cerebral canvas.
Once I had realised and accepted that I was also part of this scene, my perception of the world changed. Not an observer but a participant.

Over the next 25 years (to the present, 2020) I became increasingly interested in the nature of human occupation of urban space. Of the interaction of organism with the built environment, and the contrasts and actions this could be perceived to promote.

As this was initially triggered by an intuitive experience, a clear explanation of this had always eluded me. This has been done for me on the back cover of Walkscapes by Francesco Careri:
“The mere physical presence of humans in an unmapped space, as well as the variations of perceptions they register while crossing it, already constitute forms of transformation of the landscape that – without leaving tangible signs – culturally modify the meaning of space and therefore the space itself”.
And I may add my own extension of this to include the mapped or even the hypermapped space of the urban world.

In this sense, my work is urban to the point of inviting 'urban' as a descriptor of its genre.

At several points in my creative work I've been able to make a simple mapping of concept to project and this is true for the 3rd Piano Concerto. The MIDI controlled Yamaha DX7 synthesizer and Roland DR-550 drum machine are quantized (made precise to the smallest detail) and the piano part is performed by a musician, and therefore more fluid, natural.
I discovered, however, that the 'live' piano part didn't work. The interaction between piano and electronics had an outcome I hadn't expected and, for the sake of a coherent piece of music for a listener, the piano part had to be quantized too.
However I try to explain this, one part simply makes demands on the other. The electronic part is intransigent so it requires the pianist to mechanise their playing in order to accommodate that intransigence. There is the possibility of course that a particular breed of pianist could do it and I would admire their skill and discipline, but for the sake of listening, the adherence of the piano part to the quantize grid of the electronic part enhances the listening experience for me.
So, for this recording, the piano part was played 'live' and then quantized, so that touch and dynamic levels remain as played, but the timing of the beginnings of notes is fixed to a grid.

Changes in timbre in the Yamaha DX7 part are controlled by the computer (an Atari ST computer running Dr T's Keyboard Controlled Sequencer) as part of the MIDI recording.

I have used Google Street View to try to identify the location in Newhaven where I constructed my canvas. It seems it is most likely to be as the A259 Brighton Road descends the hill in Newhaven but I've been unable to identify as specific location.