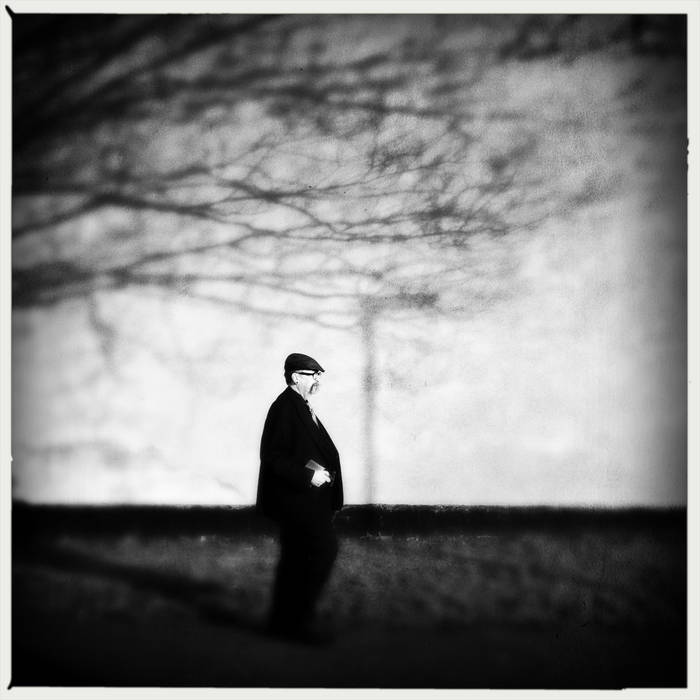 R Arapahoe 13 fleeting solo piano works by a contemporary master. Listen out for the extraordinary changes of affect and the subtle use of the 'core rhythms' that deftly hold the disparate elements together.

13 short compositions for piano written and performed by Jim Simm in memory of Ruby Crofts on what would have been her 90th birthday.
Premiere 4th November 2018, Lincoln.

13 Elegies forms part of
Waterways of Lincoln, an extended project which began in 2012 with 5 Nocturnes based at the Foss Dyke Navigation (canal).

Most of SOUNDkiosk's Waterways of Lincoln projects take a specific location and represent it in sound, words and images. 13 Elegies is a little different as it is dedicated to the edges of Lincoln's waterways, or riparian zones (at many locations), the places at which water meets land. In the city, the land is most often represented by walls; stone, concrete, brick for example.

Waterways of Lincoln projects are a response to their locations (general or specific) but are not intended to be depictions or representations of those locations. They are in a sense dedicated to them. There is a process in which location becomes composition and this is best understood to involve an awareness of a sense of place (similar to the idea of spirit of place, genius loci, or ortgeist). I take part in the psychogeographical practice of dérive (drift) and I extend this to become a full jour dérivant (day of drifting) in which all my daily activities become part of the 'drift'.

Once I have decided on a location for a Waterways project I need to visit the location a number of times and so what began with 'drifting' (dérive) becomes more purposeful. It becomes research.
I develop a relationship with the location based on (for example) personal observations, fact, myth, local history, geography/topography, local reputation, sense of space/scale, unique characteristics or eccentricities of place, and readings or non-deliberate misreadings of signs/symbols.

These Elegies are compositions of moments, of instants or points in time. There is more focus on the simultaneous (harmonic), single chords or short accumulations of sounds, than on an extended sense of flow. This harmonic language is built from a palette of binaries, that is binary intervals (two notes sounding at the same time), their interactions with other binaries and including secondary harmonic relationships.

In the last ten years or so I've been aiming for a kind of abstraction in my compositions. Part of this is an aim to attain a kind of emotional distance; not to deny emotion but certainly not to pursue it. This fitted well with an intention in the Waterways projects to create an urban music. Something I find easier to do than to explain.
But, in the process of composing the Elegies I found I was drawn to sounds I could consider to be beautiful and which seemed to have an emotional pull. The first two Elegies were composed while my mum, Ruby, was receiving palliative care, the following eleven were written after her death. The set became a series of diary pieces, and the broad and bewildering range of emotions that comes with grief seemed to emerge in the process of composition and, more specifically, in the harmonic content of the compositions themselves.
I wonder if the Elegies are any less abstract for this.

For me in these pieces there are, amongst others, instances of loss, gratitude, despair, hope, joy, and an elusive contemplative emotion I can only describe as remembrance. But all of these are fleeting, subjective and elusive. I invite listeners to find their own meaning in the pieces, if any; I expect any thoughts or feelings to be quite different from my own.